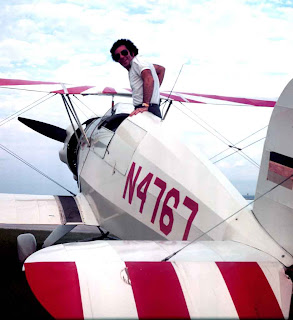 On Valentine’s Day, at 3 p.m., a former graduate student at , Stephen Kazmierczak, pulled a gun from a guitar case and fatally shot five students, then himself. The florid details have been emerging in the news, so there is no need to repeat them.

It was the fifth fatal shooting in a week in . Like many shooters, the man was walking time bomb. One professor's comment was telling. "We are surrounded by corn. I am shocked that this happened on our campus."

There had been a week of graffiti, including racial slurs posted on dorm walls. A scrawled note was found which described last year shooting at Virginia Tech, which left 32 students and faculty dead, as unfinished and warned of major changes to come at .

When the assailant was found dead by his own hand, both of his handguns still had ammunition in them. Gun magazines were scattered across the floor. At one point his rage ran out and he had nowhere to go.

On the previous Friday a woman shot two students to death and killed herself at technical College in . On that same day a man shot his wife, a teacher, in an elementary school in . A few days later a high school student in was shot, allegedly by a classmate, during gym class. A15-year-old, who had recently proclaimed himself gay, was shot at a junior high in and has been declared brain dead. The murderer, apparently the child of an angry alcoholic father, has been charged with premeditation.

As evening fell in Northern Illinois local police officers were frenzied. While more than a foot of snow fell, they were shooting at ghosts, searching for bombs that didn't exist, and stopping anyone who looked suspicious.

People reacted in horror when Seung-Hui Cho attacked last April, and grief gripped the nation for several days. On this Valentine’s Day almost no one batted an eye. It felt like a bad horror movie we had seen before. Some took note; a few grieved and a lot just didn't notice. As time goes on, and this becomes more common, more people will ignore it more.

We don't know much about Kazmierczak He wasn’t as helpful as Cho, who made a video of his hatred and rage. On February 16 Stephanie Simon, a mother, published an article in the LA Times about her “quest for answers.” She detailed a series of mass murders from in 1999. The only similarity between incidents was the use of easily available guns.

I wrote Ms. Simon and she replied she would watch this blog to “read my insights.” Only one matters. Look to violence and abuse in the pre-verbal history of the shooters. This is a tough answer, because those who know about pre-verbal abuse to these unfortunate killers are likely to have been the perpetrators.

There are 280 million guns in the hands of civilian . The Constitution grants this right, and though many of us have no interest in guns the political climate makes it unlikely there will be any change in our laws. A country that is flooded with guns has to be particularly careful about violence to children. My “insight” is that those abused children will soon become our next shooters.

A recent article reports that Mel Gibson’s twin sons, like their father, have recently been in expensive rehab. They reportedly also have fought violently. My first thought is that they had been assaulted in their childhood by their father, much as Gibson was probably assaulted by his. Only their mother can answer this. An answer would help us all.

Tatum O’Neil writes that her father beat her brother and at least once, hit her full in the face with a closed fist. She seems to take such violence as a matter of course, and seems unable to connect it to her abusive marriage to John McEnroe and her subsequent life with men. We know that Ryan O’Neil’ son was involved in and perhaps responsible for the death of Frances Ford Coppola’s son. Violence travels far from the hand of the hitter.

After reading her heartbreaking book, I wrote Ms. O'Neill, suggesting that she try to get into some kind of therapy which would deal with post traumatic stress disorder resulting from what I believe to be early childhood sexual abuse by her father, or someone else. She has all the symptoms. I received no reply.

Anderson Cooper appeared on CNN seemingly totally bewildered as to why for the second or third fourth time in a year, someone has picked up guns and randomly shot people in a University. He says with great assurance we will never know what drove him. Andersen, we know.

This kind of irrational behavior does not respond to rational understanding. It is significant that these men killed themselves. It is significant they are men. The recent explosion of rage lasted only two minutes, during which the killer injured many and killed five. When the infant’s short term rage was spent, he killed himself. Almost all the shooters participate in acts of public suicide, as protests against wrongs buried deep in the psyche of the shooter.

The killer was also calling attention to himself – as Cho did in his videos. Unable to tell the world how he had been tortured, he acted out what had been done to him. Parents who have been treated violently are often violent toward their children. It takes a monumental effort to change this. But change we must.

At thirty, in the midst of a painful separation, with two small children, I began therapy with a world famous Psychoanalyst. He was English, older, elegant, smoked filter tipped Benson & Hedges cigarettes, rode on the back of my motorcycle, and was entirely clueless about what had happened to me.

He did ask to see my parents and encouraged me to tell them about my childhood. Amazingly they joined us. When for the first time I confronted them with how I had been brutally beaten in my childhood. They said they were “surprised.”

My father, of course denied all knowledge. He “hadn’t been around” after all. Too busy making a fabulous living, which benefited mostly him. I have a letter from this period in which he apologizes for my mother’s crazy behavior, saying if he had known about it he would have done something. Not likely. The beater, my sister’s nanny, was also his lover – and quite likely my mother’s also.

But it was my mother who stunned me. She said I was an overactive little boy who needed to be beaten to bring me under control. This seemingly loving woman covered up her guilt with an insane rationale. We never spoke of it again. On her death bed she swung wildly, still trying to strike back at those who had abused her so long ago.

Our problem as a nation is that we believe in violence to children. Many religions encourage it. Ask your neighbors. Most likely they believe it's okay to hit their kids. A good smack once in a while keeps them in line. A good parent disciplines.

A national dialogue is necessary because we have not publicized the connection between child abuse and violence. We abuse and torture animals routinely, because we have been deadened to the suffering of other creatures and our fellow humans -- in the same way Nazi concentration camps were run by deadened soldiers.

I propose the government spend a couple of bombs worth to do research through our vast prison population and find out what percentage of inmates has been beaten or abused. What would it cost? A few million dollars? The result would absolutely show us that virtually everyone in prison has been tortured as a child. Those who commit violent crimes have ALL been victims of violence themselves.

Publicize this. Eliminate it. And our society will profoundly change.

To that end we must move toward greater ethical standards. We have been deeply damaged by a government which lied to get us into an illegal war. This too reflects in growing public violence. Colin Powell, if he would stand up and become a national hero, could tell us what happened. Hundreds know about the creation of the deadly falsehoods that at least one presidential hopeful still stands behind, and are silent.

There is hope -- but it’s late. A message of accountability for Bush/Cheney has finally resonated on Capitol Hill. The House of Representatives took a major, tangible step towards holding them accountable. A vote on the House floor demanded action to enforce the law and our Constitution, and hold former White House Counsel Harriet Miers and White House Chief of Staff Josh Bolten in Contempt of Congress. This is the same Meyers who our president wanted to nominate for the Supreme Court.

Bolten and Miers have amazingly ignored congressional subpoenas for nine months and thumbed their noses at Congress and the American people. Executive privilege does not permit officials to avoid appearing altogether when subpoenaed. This behavior is unprecedented and outrageous. Now, these two renegade officials must face up to their blatant disregard of the law and constitution.

Pending legislation allows Congress to bypass the Attorney General, who stated that he would not enforce contempt, and immediately take action in the courts. Congress finally defended the Constitution and its rights as an equal branch of government. But don’t hold your breath. Did you read about this in the news?

Either of the Democratic candidates is going to make immediate, sweeping changes in the moral basis upon which our country is run. We need a justice department that is not politically biased -- that serves justice -- not some perverted version cooked up in the minds of a coupole of wealthy old men in power.

Lawlessness by top officials is reflected in the rise of incompetent and corrupt judges all over . Corruption among lawyers is typified in jokes by virtually every comedian. We detest lawyers and yet seem helpless to create a society that is not so dependent on them. They represent the single greatest waste of our resources. The law is set up to allow them to churn cases endlessly, and an incompetent judiciary encourages this.

I recently was the recipient of a demand letter from a law firm that was based on falsehoods that were all easily punctured. Lawyers should be held responsible for what they do and write. It is their responsibility to make sure their client can demonstrate to them that he is telling the truth. Bar associations must enforce this sense of morality among lawyers.

In order to hold Judges accountable we must remove laws that prevent citizens from suing them. Judges must be liable for cruel and inhuman treatment. One cannot count on our Appellate Courts which often seem to be there to protect the Judges and not the petitioner. Bar associations have to become more than a rubber stamp for incompetent lawyers.

I take it as a good sign that we are elevating someone entirely fresh and new to the position of possibility being president. I like it that his wife honestly says this is the first time she has felt proud of being an American. As an old soldier, I am proud also. We appear to be standing up and taking our country back. Maybe it took years and years of harm and cronyism to become so frustrated that we will take a chance on a man untested and untainted by a past in .
Posted by Barry at 7:02 PM