Madness in our streets 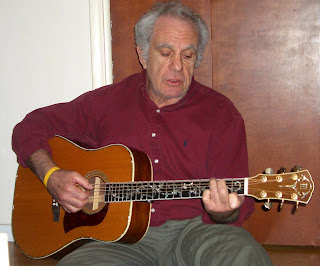 Photo © Suzanne Camejo - All Rights Reserved
Our media systematically ignores child abuse as a direct cause for what we see in the news. A compassionate response to irrational behavior should be to look for the fetus in the womb.

Poor Britney Spears -- completely out of control -- with no one to help, except by talking to her. Talk cannot reach the preverbal child suffering in her who was physically assaulted. You can't talk a man like Mel Gibson out of the murderous rage induced by what seem to have been years of systematic beating at the hands of his father. His irrational outbursts and sadistic films, reveal pain and suffering he must use alcohol to manage. Such a man -- untreated -- cannot stay sober.

Britney is in such obvious pain she must self medicate. Does anyone inquire into whose hands this infant girl was born? What was done to her small body before she was six years old? Do any of those in and out, hugely profitable, rehabs she and her fellow celebrities attend treat the early physical damage inflicted on every cell of her body? Where would they even find therapists trained to do that?

We must take into account the huge investment many have made in conventional psychological and psychoanalytic training -- which is mostly based on talk. The psychoanalytic community has a long history of bowing to societal pressure. One of Freud's earliest papers on female "hysteria" described his patients "neurosis" as the direct result of sexual abuse by her father. The outcry in Vienna so threatened his practice that he withdrew his diagnosis, thereby abandoning treatment of this unfortunate young girl. His re-diagnosis brilliantly invented a system based on what he called "Oedipal fantasies" -- satisfying the perverted, wealthy men who paid the bills and eventually made him a huge success.

Jung did the same -- abandoning ideas that were inconvenient to the powerful men who ran things, substituting safe theories based on psudo-spiritual mumbo jumbo. Apparently the only courageous psychoanalyst operating in Vienna at the time was Wilhelm Reich. And we know what happened to him. However his ideas live on.

Therapists are now receiving training in attempting to heal the physical results of early childhood abuse. I say attempting, because until there is massive restructuring in therapeutic understanding, every patient is subject to the hidden shadow of whatever childhood abuse might have driven their therapist to become one.

Hang around -- we are well into making a two-hour theatrical film on this subject. Since half of the Western world suffers from some form of post traumatic stress disorder I think we have an audience. Hundreds of thousands of vets wander the streets crippled by war and its echo with their own early abuse. Our wasteful and arrogant government -- run no doubt by abuse victims -- does nothing for these heroes. We are working with leading-edge healers. If you want real help that will work -- it is becoming available.

We welcome on camera testimony from anyone who wants to tell his story. We are aiming for a over a hundred faces and voices.

We blindly elected a president who's partially revealed history marks him as a classic abuse victim. His unfortunate symptoms are the butt of endless -- and useless humor. He was, and probably still is, so damaged that he nearly brought down the government because of an inane drive originating from his pre-verbal years. I have read nothing about any treatment for this (now we have some to offer) or any comment about what kind of woman, no matter how brilliant, would marry such an obviously emotionally crippled man.

A country that takes abuse for granted, that believes in beating children, that believes children are not affected by childhood trauma therefore it's okay to abuse them -- gets what it deserves. We have seen the results for the past eight years. There were good reasons our current president self medicated, and may still medicate, with alcohol.

In this first blog I include this letter I sent to the LA Times. The response I got from the eminent columnist was that my ideas seemed "interesting." Interesting! An understanding of this material would have made the difference of life or death to many people. We ignore the tortured among us, and their torturers, at our peril.

"I read your article in the April 22 issue of the Los Angeles Times with great interest. What you wrote is only part of the evolution of a madman. Nowhere in the recent media have I seen an understanding of what really creates man like this. A recent issue of Newsweek completely missed the point of what made Cho kill, so appallingly, that I was too disheartened to even bother writing them.

I just finished a novel, and am making a long form documentary about pre-verbal physical abuse. This brings on a form of Post Traumatic Stress Disorder that in susceptible personalities leads to insane, murderous behavior. A large body of literature, led by the works of Alice Miller and Peter A. Levine, explains how a man becomes a machine that murders other human beings.

Alice Miller describes the intensive “training” German children received from birth, which enabled hundreds of thousands of them to gas and incinerate millions of innocent people. German child-rearing books in the 1890s and early 1900s demanded that parents crush their children's individualism and personality, by repeated beatings. Adolph’s father often beat him half to death. Hundreds of thousands of German soldiers, tortured in childhood, slept peacefully at night, while by day they gassed and incinerated humans. They were simply getting even with the mirrored image of their torturers.

One wonders if the creation of a suicide bomber is only ideological. A society that degrades and tortures women is bound to evolve their children as equally degraded and tortured young men and women. A reading of the diaries of the 9/11 pilots reveals this.

We are not born with the capability of doing what Cho and others like him, did. He was physically tortured in his early life, probably before he could speak, (so were they all – all of the other high school killers) so that by the time you wrote about him, he and his victims were already doomed. It is said we find no one on death row not physically beaten and tortured as a child. If the truth could emerge, virtually everyone serving time for violent crimes would be discovered as an early life physical abuse victim.

These ideas are not better known to the general public because our psychology and therapeutic establishment is based upon "talk therapy." The Dr. Phil variety. One witnesses him attempting to heal people who have been pathologically damaged since birth, by verbally convincing them of his version of right behavior. Therapists have invested millions of dollars in a kind of training that is generally ineffective in the long term, if the damage happened before the patient could speak—and much of it does.

The obvious failure of much of “rehab” speaks to the ignorance in the therapeutic community. Celebrities publicly display insanely destructive behavior over and over again, even though they or their handlers spend fortunes on so called therapy.

Trauma that occurred before we were born, and during the first three to six years of life, cannot be healed with language we did not possess at the time of the injury. A reading of "Thou Shall Not Be Aware," or "Waking the Tiger," will convince anyone how a monster such as Cho is created. “Waking the Tiger” leads to one of many non-verbal therapy paths which could have helped Cho and prevented this tragedy.

Cho’s words say he is getting even with “them.” Who are “they?” His face twists in rage against a barely remembered torturer. He writes insane, but very explicit diatribes. He creates dramatic pieces about getting even, but does not appear take revenge upon anyone who might have injured him in his adult life. In fact many of the people surrounding him that I have read about seem to have treated him benignly, or even tried to help. Like the concentration camp guards, he kills those who are, to him, faceless.

It is clear someone once did something terrible to Cho, so terrible that they deserve not one, but as many as three hollow-point, 9 mm rounds. He projects his anger at those who inflicted life-threatening wounds on an innocent and inoffensive infant. No human is born with such sadistic impulses.

We are gradually becoming familiar with the dehumanizing aspects of warfare which throughout the past century returned millions of mentally crippled men to our society, wreaking havoc in their families. We will soon receive home over 100,000 traumatized young men, many of whom will pass the same horrific damage on to their children.

The post-traumatic stress of war, and the longtime damage it inflicts upon societies, is beyond this conversation. It is essential to understand the way such a murderer as Cho is created. It is not inborn. It is not genetic. It is not simply the result of sibling rivalry or wounds and slights, which may contribute to an already murderously pathological personality. By the time this young man was six years old he was already so damaged that his path was assured.

Thankfully not everyone tortured as a child becomes a murder. There are likely other factors involved. But it is my belief, and the belief of many more learned than I that physical torture to an infant is the one essential ingredient.

It is understandable that no one in Cho's family remembers anything about this. Torturers do not usually step forward and confess. I have read of no one claiming intimate knowledge of Cho’s first three years, in a country addicted to violence against children.

Better understanding of how such murderers are created, will help prevent their creation in the future. Physical violence towards a child is intensely dangerous. Spanking scars. Bring that up at your next church meeting, or social supper and see what kind of response you get. A society that condones or encourages violence towards children, as a form of training, is a dangerous one indeed. Just look at our countries recent acts in the world."