Where have you gone Terri Hatcher? 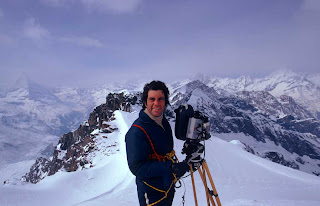 Backlight is a novel about the murder trial of a young man who had been abused as a child.

He is brought back to life by therapies that have been shown to work with the post traumatic stress disorder early abuse creates. His idealized therapist is named Dr. Giorgio O'Reilly: an M.D. Psychiatrist, Psychoanalyst, Ph.D. in Psychology, Ericsonian Hypnotherapist and Craniosacral therapist. When asked in court why he has pursued so many demanding specialties, O'Reilly replies, "Why not?" as if everyone had spent half their lives in profound study.

I've always been interested in names that demonstrated wildly disparate cultures in the parents. I had a friend in high school named Pierre Epstein, who became a brilliant actor. One of Milton Erickson's intellectual heirs is Dr. Ernest Rossi. The central character in T. S. Eliot's "A Cocktail Party" is a godlike therapist named Sir Henry Harcourt Riley. Since I was old enough to understand this play, the ideas behind it have influenced my work. “Giorgio O'Reilly" is intended to bring all of these to mind.

In my early 30s I went with a friend in to meet Elliot’s widow with the intention of getting the television rights. Ah, the arrogance of youth. Harcourt Riley had been played in and by Alec Guinness. My notion was to have Zero Mostel, a longtime family friend, play him. Imagine! Had I been able to put this together it would've been quite a stretch for an inexperienced director.

In Backlight, Dr. O’Reilly is an improbable compendium of some therapists I have known. I joined the best in one person and dedicated the book to them. When, on page 124, you reach the chapters dealing with therapy, you might be led to consider the nature of your therapist, the work, and its success.

I am particularly fascinated by deeply wounded, but creative people. Some seem to not suffer from their wounds to any depth. They are productive and often times reasonably happy. Then, inexplicably the wounds fester and explode. To my mind there is no escape but genuine healing.

The lovely actress Terri Hatcher admits she is not happy with her love life. She wrote her life story, charmingly, yet left out that she had been abused. Shortly thereafter she made it public (for uniquely humane reasons), demonstrating how that one element of her childhood has overwhelmed her adult life. So it is for many others.

The element that struck me was that she NEVER told her parents. Whatever therapists she might have had did not have to dig deep for this. Ms. Hatcher remembered everything – but concealed from herself the pain of being alone with parents who could not be trusted.

I wrote her a letter excerpted below. She never replied.

"Thank you for again having the courage to present yourself in public as an abuse victim. My sister, Hilda Brown, and I are also abuse victims. We have known about it since childhood and over the years, as we became more aware have been working on healing. Luckily there were two of us -- witnesses.

I'm sure you know, one third to one half of adults have been abused as children. Sexual dysfunction is epidemic. Emotionally healthy men should not need Viagra. The secret sexual life of many, if not most women is unsatisfactory and unfulfilling.

Four years ago I began novelizing my experiences and the lifelong course I’ve embarked upon to heal myself. On the path of publishing “Backlight” I am creating a feature length documentary film about the lifelong, devastating effects of abuse. It will present on camera testimony of dozens, perhaps as many as a hundred abuse victims and will show the way to newly emerging therapies that can heal them.

I stuttered since I was born. A crippled, stuttering film director -- now healed! I am now be able to speak in my own films. So many have suffered and live partially realized lives. Successful artists have a special obligation to appear in public -- one that you are fulfilling in outstanding fashion.

Experience has shown me that talk therapy does little to heal pre-verbal injuries. This is one of the subjects of my novel. My observation is that many therapists are closeted abuse victims, so fail to recognize it in their patients, and have no emotional tools to help. Their training has failed them because the shadow of their own abuse prevents them from seeing and working with that of their clients.

Abuse, especially before three years of age, becomes built into our very cells. It is physically copied and repeated, retaining a lifetime pattern of damage that can only be dealt with by non-verbal methods. The resulting Post Traumatic Stress Syndrome is every bit as powerful and enervating as that combat troops suffer.

I have already interviewed some successful healers on video, including my sister. The determination of healing revolves around T. S. Eliot's lines in his great poem, "East Coker." "We are only undeceived of that which deceiving could no longer harm." When we are no longer attracted to the pain of the old injury – we are healed.

One wonders about the childhood environment, beginning pre-natally, which allowed your pathological uncle to abuse you – and simultaneously forbid you from seeking aid from those closest. Where were your mother and father? I hear this frequently.

The tragic conclusion I finally came to was that both my sister’s and my parents were intimately involved in what happened to us -- were aware of it from the very first moments – and were participants. We have each other to confirm this. Our mother passed without telling us the truth and our father is in denial.

Would you allow me to video your historical testimony? I am going to ask Marie Osmond, Tatum O'Neal, Angela Jolie and other abuse victims who have come out, if they will appear. From truth we will make a devastatingly powerful feature film which will reach and begin healing millions.”

Terri Hatcher has on her face that "caught in the headlights" terrified expression I associate with early abuse. In Backlight Dr. O’Reilly takes one look at his young patient and knows he is an abuse victim.

“O’Reilly immediately saw that his new patient’s reported memory loss was probably the result of “Post Traumatic Stress Disorder.” He had seen it often, and within an hour, could usually discern the proximate cause. Healing PTSD was another matter. Humans damage their children in pathetically predictable ways. O’Reilly observed a vague look on David’s face that most take for normal—and perhaps it is, in a world as stressed and lacking in spirituality as ours. His process was to observe compassionately, make no judgments, hide nothing of what he felt or saw.”

Ms. Hatcher has spoken on television and in magazines about her difficulties with remaining in a relationship. No one, to my knowledge, has publicly connected it to physical and emotional injury in her early childhood. In an industry where almost no one remains in a relationship, she at least has the courage to complain about some process still active within her that prevents her from being happy with a partner. This, of course, adversely affects her daughter. I have no idea what kind of therapy she may be in, but perhaps as this is written her loneliness has been resolved.

Nowhere have I seen or heard discussed the difficulty many, if not most, entertainers and
celebrities have in sustaining relationships. Recent celebrity "marriages" have lasted only weeks. Inability to remain with one partner does not succumb to bullying or rational dialogue (any more than additions do) and has a tragic effect on the children produced. I am a film director with long experience with talented actors. My belief is that the history that drove them to become celebrities is identical to that which prevents them from experiencing intimacy with the same partner for an extended period. I know from work on myself. It is intimacy and the old unresolved, painful material arising around it that drives such couples apart.

There is one more layer to this puzzle. Forgive me for repeating. If the injury you
consciously remember, reconcile yourself with, forgive, and believe you have healed, does not remove the enervating symptoms: then all of the emotional cancer has not been excised. It's still there, as active today as it was when you were in your infancy; hidden beneath layers of what very likely has been superficial verbal therapy.

Abuse victims often use their mouth to self medicate for the terrible pain their body remembers that has been inaccessible to verbal therapy. They over eat the wrong foods. What was your mother going through when for the first time you used your mouth to feed? What emotions did she feel and thereby transmit to you? What were the feelings surrounding your first human contact? Mine were panic! When healed (I have experienced this) the desire to over-eat, which has nothing to do with physical hunger, disappears. It requires no medication and our normal body returns to us.

Does your weight go up and down uncontrollably? How much of 's obesity epidemic is caused by unhealed, early child abuse? It is likely that a substantial component in otherwise sensible people's inability to cease smoking is also caused by oral addiction from child abuse.

Have you been in therapy? Do you think you've gotten to the bottom of everything? Are you still ballooning up and down? Are you still running from one relationship to another? Are you still unable to be happy with a single, intimate partner? Are you alone and lonely in the midst of fellow workers and "friends." Perhaps you need to take another look at the therapy you have been participating in.