What I Would Do To Help Britney 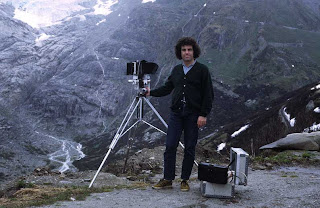 Now that Dr. Phil has publicly pitched in to save this unfortunate young woman, I can no longer remain on the sidelines. The doctor is highly educated, quick with words and apparently benignly despotic. He is a brilliant, physically charismatic and compelling public speaker. These stunning attributes do not mean he can heal anyone. Force of personality will do nothing for the hidden, unspeaking and unhearing child running Britney.

She is a useful public example of what we find in the world. Because she is a celebrity, when she is genuinely helped others will learn and benefit. The torturous journey back to her early days quite likely will be overwhelming. She will go into the shock her drug abuse and other destructive behavior has been long holding at bay.

So, I suggest a nonverbal interaction with a quiet healer, not at all interested in fame or money, presently living in . A few weeks with this amazing western woman should calm Britney down to where she can begin to work with a specialist in post traumatic stress disorder resulting from early childhood sexual molestation. All that is at risk is round trip airfare and the modest cost associated with this healing. It is as far from the useless rehabs in and as one could imagine.

A recent article in US weekly speaks of "Britney's twisted childhood. Grandma’s suicide, family bankruptcy, sex at 14, dad's addiction: how the child star’s secret demons are destroying her.” Not mentioned anywhere is the big secret many of us carry. To heal Britney one must deal with what must have happened to her little body from the time she was born to approximately 6 years old. The circumstances of her childhood point to terrifying possibilities. Those who know her intimately, if they understand the inevitable symptoms of early childhood molestation, would agree. Until this material is dealt with her children will have no mother.

A victim can often deal with memories of sexual abuse in his or her teens. Somehow, out of nowhere an uncle, a neighbor, the janitor in the basement, the local handyman -- got a hold of an unfortunate young person – usually a woman, and sexually assaulted her. Women have reported to me rapes and abuse they had dealt with more or less successfully in therapy, but they were remembering things that happened while they could speak. Where were the parents before the abuse happened? What might have been done years earlier that made their child vulnerable?

At the very end of my second marriage, while in pointless family therapy with an empty headed therapist, my ex-wife suddenly demanded I shred the beautiful, brown, sweater jacket, I was wearing. I had known her over 15 years, and had worn that jacket many times. It now emerged that an uncle had worn a sweater like that when he abused her. In her smiley, do good family every real emotion was buried.

If the remembered abuse is the extent of what occurred, therapy should produce healing. Those who are pathologically sexually promiscuous should not find it difficult to cease. Those who are compulsive binge eaters, constantly going up and down in weight and struggling with this use of their mouth to satisfy an unspeakable urge, should be able to control it. Those creative beings who simply cannot reach inside to the core that creates original thought, should be able to. Those who are sexually numb should begin having pleasure. Those "un-curable" alcoholics and drug addicts who find themselves constantly back-sliding should be able to remain sober without struggle. Those of you struggling with abuse you cannot or will not remember, plug in your adult symptoms here. The answer, as it does for Britney, lies in your first three years -- perhaps beginning even in the womb.

Braver and wiser men and women than us have suffered from the same inability to face their nonverbal past. It is little known that Jung, Freud’s contemporary and sometime associate, was sexually abused as a child. In Jung's voluminous writings he refers to it, and also writes Freud:

Jung knew he had been abused, admitted that the experience had had a major psychological impact, yet never mentioned it again. Amazingly, he never considered his childhood sexual abuse as a significant factor in his ability to treat his client’s abuse. Like Freud, rather than face his history, Jung created a complex and often beautiful psychological theory -- based on a lie.

Quite likely, as many in their society were, both Freud and Jung were abused as infants. How many therapists today work in that shadow? I have experienced colossal therapeutic denial as a patient more than once, only learning the extent to which my therapist had been wounded (without recovery after therapy ended.

I never gave much credence to Jungian pretensions to wisdom. These vague discourses about myth and culture were far less attractive than the down to earth and practical work of Reich. Unfortunately Reich appears to have gone mad. One can see the shift within a few pages of some of his most powerful books.

There is a terrifying conclusion many of us have experienced in therapy -- the way to money, power and reputation today, is to lead patients away from working on their core issues, while stroking their egos. Therapists often ignore the flesh and blood woundings of clients and engage instead in self-righteous socio-cultural theorizing. They too often provide superficial verbal advice that cannot possibly be followed, because the part of the brain that is wounded can't hear the words or interact with them.

Getting people to face deep wounds as hard, and supporting them through the difficult process of real recovery is demanding. The caring therapist, working with terrifying material is often driven to exhaustion. It is much easier to talk about human potential and how spiritually involved we are. Many television "therapists" mistake the impact of their verbal brilliance and powerful personality for actual healing. You cannot simply talk a serial womanizing man out of it, unless you go to the original wound.

Even more terrifying, the abuse we remember and courageously deal with in therapy, may only be the superficial remembered trauma that is causing all the problems. T. S. Elliott, in his seminal poem, "East Coker" creates a simple mantra for us all. "We are only undeceived of that which deceiving could no longer harm."

Labels: Britany Spears can be helped to a happy life